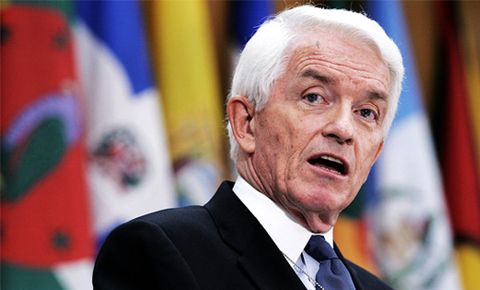 The US Chamber of Commerce plans to include energy development into the ongoing debate over how to avert the fiscal cliff, National Journal reports.

Chamber President Tom Donohue said the debate is an extraordinary opportunity to reform the nation’s energy policies and open new areas of development.

Chris Frates writes Donohue told reporters lawmakers could grow the economy and jobs as well as expand the debate beyond taxes and entitlements.

The Chamber plans to use its grassroots, coalitions and lobbying advocacy to insert energy development plans during the legislative debates, according to the report.

Donohue said the lame duck Congress will likely not have enough time to form a long-term fiscal compromise but can still make a commitment to do so.