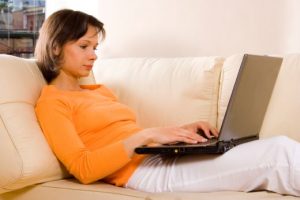 The House voted 290-131 yesterday to approve the Telework Improvements Act, a legislation that allows federal employees to telework at least 20 percent of the hours worked in every two administrative workweeks.

Under the bill, the Office of Personnel Management would develop a telework policy for all employees in federal agencies and create a Telework Managing Officer within every agency. Workers who handle classified information would still be required to report to the office, as well as those whose work performance is interfered by telecommuting.

“In the absence of state funding to pay for desperately-needed transportation improvements in Northern Virginia, this legislation is the best alternative to help the hard-pressed commuters of our region because it has the potential to dramatically-reduce the number of cars on our roads,” Rep. Gerry Connolly said. “Telework is also critical to the security of the national capital region.”

The Government Accountability Office would be required to gather data on the program to determine its effectiveness.

OPM hopes to increase the 6.5 percent of nationwide employees that participate in telecommunication by at least 50 percent in the 2011 fiscal year.

Supporters see the legislation as a potential way to save millions of dollars a year on productivity during emergency shutdowns, such as weather. They cited last winter’s snowstorm that paralyzed D.C., explaining telecommuting could have dodged that loss of productivity.

However, some lawmakers are wary of possible network breaches or reduction in employee efficiency.