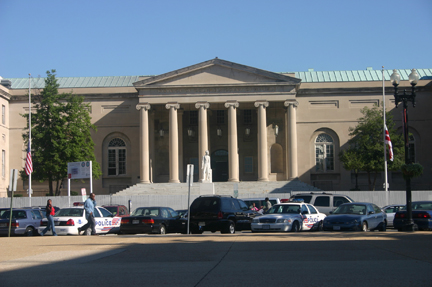 Writing on the FCC’s broadband blog “blogband.gov,” FCC General Counsel Austin Schlick writes that “important facts are being lost in the discussion” of the U.S. Court of Appeals for DC’s unanimous ruling against the FCC’s sanction of Comcast for denying bandwidth to BitTorrent users in 2007  (Comcast Corp. v. FCC).

He writes, “The Comcast/BitTorrent case began in 2007, when Internet users discovered that Comcast was secretly interfering with its customers’ lawful use of BitTorrent and other peer-to-peer applications. After first denying that the practice existed, Comcast eventually agreed to end it. In 2008, the FCC issued an order finding Comcast in violation of federal Internet policy as stated in various provisions of the Communications Act and prior Commission decisions.”

Of the court’s ruling, Mr. Schlick writes that the FCC’s 2008 order lacked “sufficient statutory basis,” because it failed to identify “any express statutory delegation of authority” for putting an end to Comcast’s undisclosed interference with its own customers’ communications. He notes that the ruling “undermines the legal approach the FCC adopted in 2005 to fulfill its statutory duty of being the cop-on-the-beat for 21st Century communications networks.”

However, he believes that the FCC “absolutely” still has a mission in regulating the Internet. “The Court did not adopt the view that the Commission lacks authority to protect the openness of the Internet,” he says, taking the position that the court simply struck down the administrative procedure used against Comcast.  He continues, “furthermore, in 2009, Congress directed the agency to develop a plan to ensure that every American has access to broadband,” which was released three weeks ago.

General Counsel Schlick feels that “the Comcast/BitTorrent opinion has no effect at all on most of the Plan. Many of the recommendations for the FCC itself involve matters over which the Commission has an ‘express statutory delegation of authority.'” Projects that the FCC has express legislative authority over include making broadcast spectrum available for broadband use, improving the efficiency of wireless systems, bolstering broadband use in public schools, collecting better broadband data and developing common standards for public safety networks.

But he notes that the court’s ruling “may affect a significant number of important Plan recommendations,” including improving broadband access for rural and low-income Americans; supporting broadband’s adoption by small businesses; removing barriers that hamstring broadband deployment; strengthening public safety communications; cybersecurity; transparency and disclosure measures for companies like Comcast; and consumer privacy. He writes that “the Commission must have a sound legal basis for implementing each of these recommendations” and says that FCC is “assessing the implications” of the decision to “ensure that the Commission has adequate authority to execute the mission laid out in the Plan.”