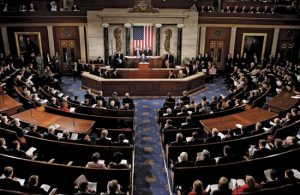 The House approved a spending bill on December 16th, 2009 that is more than $636 billion in Department of Defense spending. The goal is to increase oversight to reduce the amount of fraud and waste. The bill has requirements to lower the amount of money spent on contractor outsourcing.

Another $288 million of the bill goes to increase oversight of the department’s acquisition and contracting actions. Then $104 billion goes to procurement, $80.5 goes towards research and development, and the rest will go towards the funding of electronic warfare and a new Future Combat Systems program.

The bill also stated that 212,000 contractors had been issued Common Access Cards (CSCs) by mistake. The bill requires the Department of Defense to have more in house security in the checking and issuing of the CACs.

To see the bill in its entirety visit: http://www.rules.house.gov/111/RuleRpt/111_dodapprops_rpt.pdf